For 55 years the Dayman family have been associated with motor vehicles in Nelson and now, as the third generation of the family takes the reins, the company is reasserting its roots.

Known as the Nelson Bays Motor Group since 2007, the company has taken back its original name – Dayman’s. 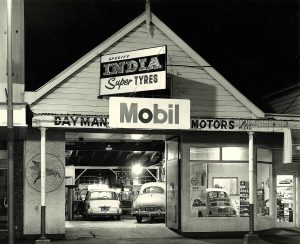 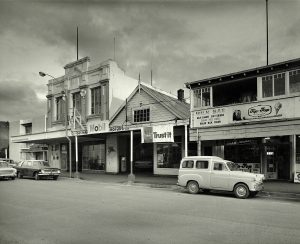 For new sales manager Scott Dayman it was an easy decision to go back to the name his grandfather used when he founded the business on Bridge Street in 1965.

“We’ve had some changes in the business with personnel and with Holden deciding to exit the Australian and New Zealand markets so it seemed like the perfect time to change our name and refocus our business for the next 55 years.”

The name change also heralds the addition of the MG franchise to the business, joining Nissan, Subaru and Suzuki.

“I feel like we have a car for everyone,” says Scott.

“MG have an electric car for just $48,990 and with our other brands we can cater for all vehicle needs, it’s really exciting to have this kind of range available for Nelson car owners, whether you’re buying your first car, a work ute, a family car or a car for your retirement.”

While the future of Dayman’s is the buzz around town, it’s its past that Garry Dayman believes sets it up for a bright future.

“We’ve built this business on integrity and trust. We’ve been selling cars to generations of Nelsonians and we take that responsibility seriously. When I told my mum, Pixie, who founded the business with my father, that we were changing the name to Dayman’s she told me ‘your father would be very pleased’, which was really nice to hear.”

Four years after Peter passed away in 1991 Garry moved the business from its former Bridge St home to the corner of Collingwood and Halifax Sts, where it currently resides.

In a strange twist, that site is where the former Te Rangi Hospital once sat, the very hospital that Peter was born in.

Garry says that it was a big move for the business and one that has seen it grow to what it is today, with forty staff on its books.

Dayman’s now includes the Mobil petrol station on Collingwood St, a parts and service department – that will continue to service and stock parts for Holdens – and the sales yards on either side of Halifax St.

For Garry, he says changing the name has a good feel about it.

“I’m very comfortable that we’re going back to our grass roots and we’ve just had such positive feedback from our clients and staff.

“I think family values is critical. We live by family values, we are a family business. So if people are in the market for a new vehicle, we’d like you to consider what we have to offer. We have qualified staff, we have a good product range and we’ve always prided ourselves on the quality of our used vehicles.”

Scott, who grew up working in the business washing cars and pumping petrol in his school holidays, says he’s hoping to build on the back of those values established decades ago.

“We’ve been trading since 1965, so to be servicing the motoring needs of the Nelson public and still trading today, I think it speaks for itself. People want trust and confidence from those they buy off, we can offer that.”

Scott says along with the name change, he’s also settling in as the manager of the company after ten years working on the floor.

“Before we had Vern [Walker] and Mark [Chapman] who had so much experience between them so I’ve got pretty big shoes to fill really. They were well known and did a great job for a really long time and I’ve come in at a time when the industry is changing dramatically. We’ve gone through Covid 19 and hopefully that isn’t going to creep up again. Cars are changing dramatically and the motor industry is probably moving faster now than at any other time of its history.”

He says the value of a new car is amazing.

“Now we have an entry level MG for $17,990 which has reverse sensors, a camera, and even Apple Car Play to sync your phone up.

“A new car is much more affordable now than it was 20 years ago, and the specification is incredible. They are more fuel efficient and they don’t require the same amount of servicing. And now we’re going to electric vehicles. As that happens the dynamic of a motor dealership will change as well and we’re excited to be a part of that.”

Once you’ve found your future vehicle at Dayman’s, the team can also help you out with insurance and finance options, all of which can be organised on site.

With two huge yards, a service department, brand new Subaru, MG, Nissan, Suzuki vehicles and a quality range of used vehicles, Dayman’s have your motoring needs sorted. So head in and visit the friendly team or visit daymans.co.nz