Before amputee Khua Lian Tiam Zanniat moved to Nelson, he feared for his future.

As a 17-year-old, Tiam was visiting his brother in Malaysia and working at a tyre recycling plant.

It was here that his right arm became trapped in a machine and was completely severed from the elbow.

“It was really quick but painful. I was rushed to hospital and there was so much blood in the car.”

His arm was so badly crushed in the accident, there was no chance of reattachment.

Now handicapped and with no government assistance or insurance available, Tiam had little support and less hope.

His brother had just had a baby, and times were extremely tough for Tiam.

However, just three years later, with help from the office of the United Nations High Commissioner for Refugees, he was on his way to start a new life in Aotearoa.

“I had never heard of New Zealand before, but I was so happy when we got here.” 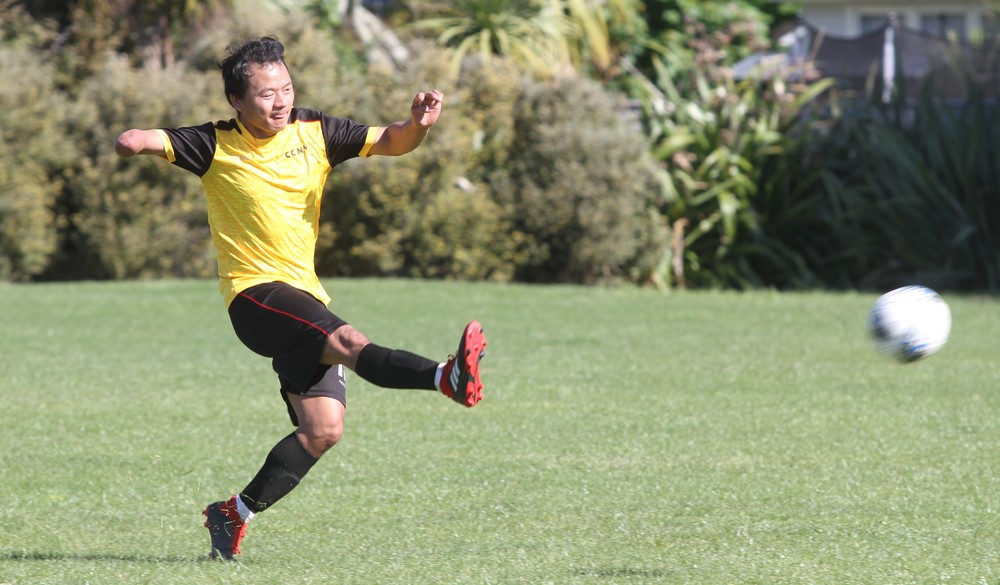 Tiam in action for the back to back Nelson Chin champions Si Zung Sang. Photo: Jonty Dine

“It is completely different; the people are so understanding.”

Tiam was granted citizenship in 2019 and takes great pride in calling himself a New Zealander.

He has also gained employment at the Z Petrol Station on Rutherford St where he works night shifts.

“If I was still at home, I would have no chance of working, I would be like a child.”

Tiam was one of hundreds of refugees celebrating their culture at the annual Chin Community Sports Day at the weekend.

He has not let his handicap prevent him enjoying the sport he loves, playing midfield for the Nelson Chin champion football team Si Zung Sang.

“My favourite thing is to play football, I’m no good at it but I love to play.”

He says the day is always a special one for himself and his fellow Chin community members.

“It’s very nice to live in New Zealand and Nelson is my favourite place, beautiful beaches and mountains and the people are so friendly.” 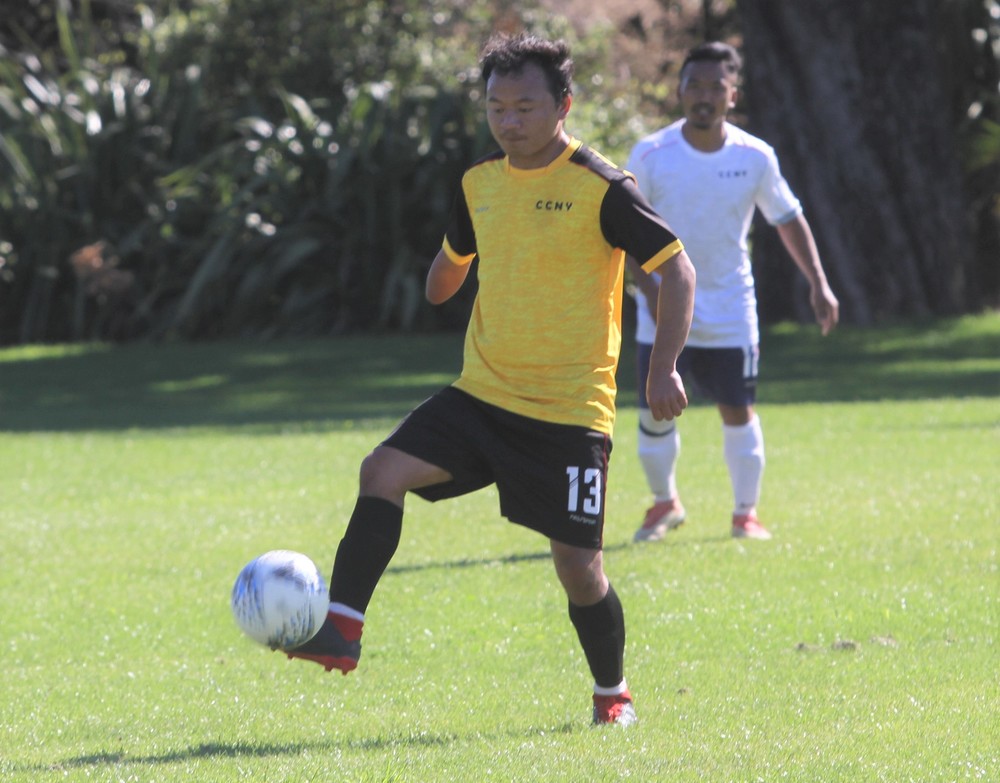 Tiam will often finish his night shift’s at 7am before heading straight to the football field. Photo: Jonty Dine