James Lowe was never going to be content with playing a solitary test or two.

The Nelson born fan favourite says he could have toiled away in Super Rugby for years and likely earnt the odd call up to the All Blacks should the incumbents be injured or rested.

However, James went in search of greener pastures and could soon be playing test rugby in an Irish jersey.

The 28-year-old recently penned an extension with Leinster and becomes eligible to play for Ireland in November under the three-year residency rule.

The dynamic winger made the move to Ireland’s most successful club in 2017 where he has developed cult hero status.

“I had to weigh up a lot of things, I had been playing what I thought was really good Super Rugby for three years and knocking on the door but hadn’t stormed it down.”

James played six caps for the New Zealand Maori between 2014-17 with the All Blacks having an embarrassment of riches out wide.

“You had Julian Savea in his prime, Ben Smith breaking in, Waisake Naholo, Reiko Ioane, and I’ll be missing a huge name too, I just didn’t really put my hand up enough.”

The closest he got to an All Black jersey was in 2015 against Samoa with a number of regulars on Super Rugby final duty, but shoulder surgery ruled him out.

“I would’ve been absolutely stoked, it was obviously a dream of mine to play for the All Blacks but one or two tests wouldn’t have sat that well with me.”

The Nelson College product opted to take his talents offshore.

“I wanted to use this passport of rugby that can get me anywhere in the world, earning decent money and help set myself and my family up for the rest of my life.”

It was during a pre-season with the Chiefs that his contract offer from Leinster was finalised.

“It was a tough decision, but you talk to people you trust and it was just too good of an opportunity to pass down, so I took with both hands.”

He made an immediate impact in Ireland, scoring in the 40-32 Pro14 grand final win over Scarlets in his first season.

“It shouldn’t take a pandemic to make me want to come home but unfortunately it did this time.”

James has used the time to spend with his young niece and nephew as well as catch up with old friends while playing the odd round of “not very good golf.”

He says the time away from the game has been difficult.

“I thought not playing my body would get better, but it hasn’t, it’s like you’re conditioned to running into a brick wall every day.” 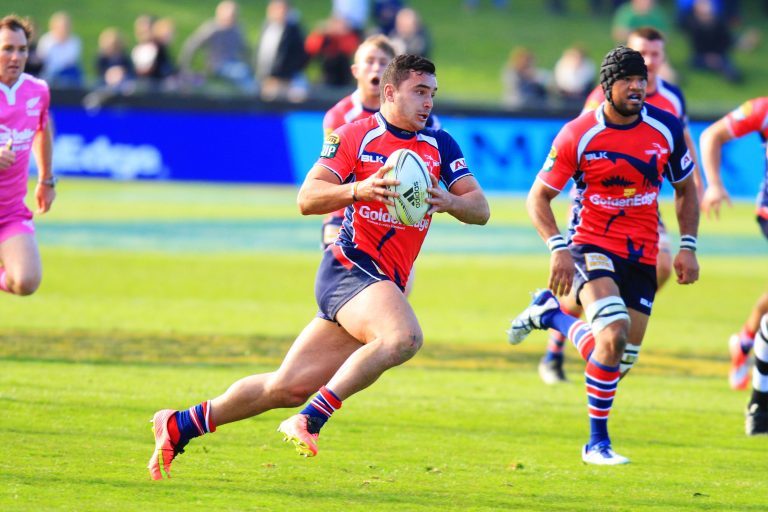 Former Mako star James Lowe has been lighting up the Irish rugby scene but says he still keeps a close eye on his former team. Photo: Shuttersport.

Looking out over the Nelson College front field, James recalls his many fond memories of starting his football career, and some not so fond ones.

“My first day at school, we had heard all the horror stories about being thrown down the hill and saw some kids chucked in a bin, but back then it was all part of it, you just took it on the chin.”

He says the annual Quad Tournament looms large in his mind

“I remember vividly having the cap on, walking down the steps in front of the whole school chanting and doing the haka behind us, then we got hammered by a Wellington College team led by Lima Sopoaga.”

James has kept a close eye on his former teams since leaving.

Last weekend he watched his beloved Waimea Old Boys but wasn’t tempted to pull on the boots.

“They are playing a very good level of footy and definitely didn’t need me.”

James’ introduction to club footy in 2010 was an eye-opener as an all-out brawl took place in just his second match at Jubilee Park.

“I was standing out on the wing as an 18-year-old, it was pissing down, and I was just thinking what have I got myself into?!”

James says he had to grow up fast playing club rugby.

“You go from playing against teenagers to grown men, but they helped me hugely and WOB holds a huge place in my heart.”

It wasn’t long before James was plucked from Waimea and into the Mako, where again the physicality went up another notch.

“I remember trying to tackle Robbie Fruean, I grabbed one leg and held on for dear life, but he just brushed me aside which was a good wake up call.”

He says he still watches the Mako religiously.

“The boys all wind me up about being way too passionate about it.”

“It was an early kickoff and my girlfriend was not happy with me shouting at the TV, when Will Jordan scored a tinny try and I was jumping through the roof, I was ready to get a beer out of the fridge at 5am.”

Seeing Tasman play on a balmy Nelson afternoon illustrates some of the stark contrast between New Zealand and Irish rugby.

“It’s a completely different world, that’s for sure, it’s a very affluent sport, it’s not like New Zealand where it’s very diverse.”

European rugby can make for some miserable times as an outside back.

“Playing over Christmas is horrific, nothing worse than not being with my family but then being made to play on the 22, 26th, and 31st but you sign up for that.”

He recalls one particularly unpleasant experience in Wales.

“We played Ospreys at a place called the Gnoll, from the outside resembles a prison, it was a dark, cold, 730 kick-off, field half underwater, one stand of 3000 people wanting to see blood.”

James says the caliber of teammates can also change dramatically week to week.

“One week you can play with one of the best tens in the world in Jonathan Sexton and the next week you’re playing with your reserve 10’s younger brother who is 19.”

However, James says he loves being part of Leinster.

“Dublin is an amazing city and if they want me to stick around, I don’t see why I’d be going anywhere. I’m very lucky to be at the club I’m at, one of the form teams in the world, with all the resources under the sun and an entrenched culture of success.”

James says while he has plenty of unfinished business in Ireland, he is hopeful of a homecoming at the end of his career.

“I would still love to come home and play for Tassy for a year or so, that’s a long way down the track, and assuming the body holds together, but Nelson will always be home.” 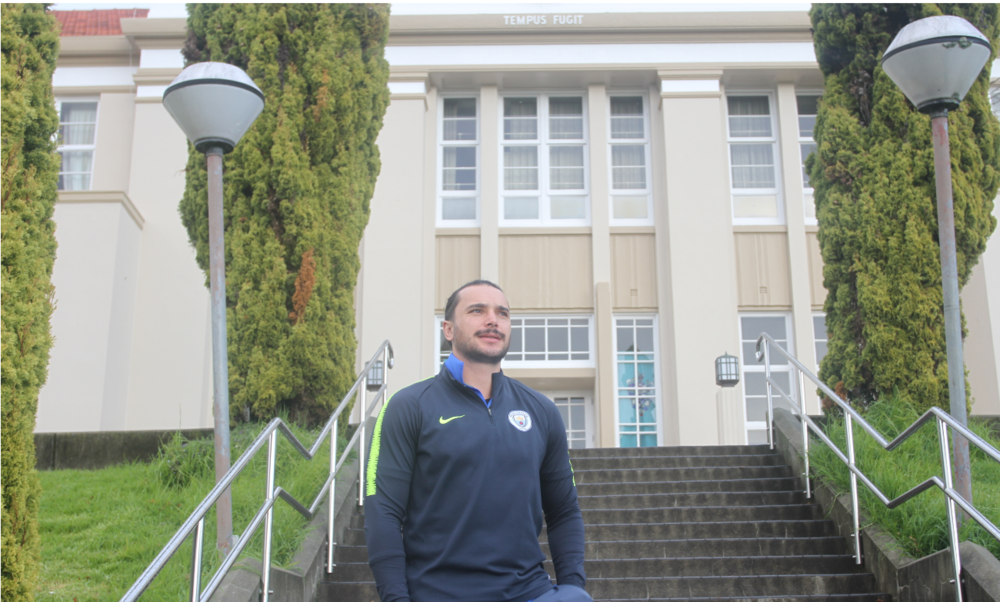 Brightwater residents have to boil water