The Tasman Rugby Union recently polled its Facebook fans to determine the greatest Mako XV of all time.

Fans were given five options in each position with the most votes making it into the final lineup.

The individual position selections were made by TRU staff and picked on the basis of where they played the majority of their games.

The bench is comprised of players with the second highest number of votes. 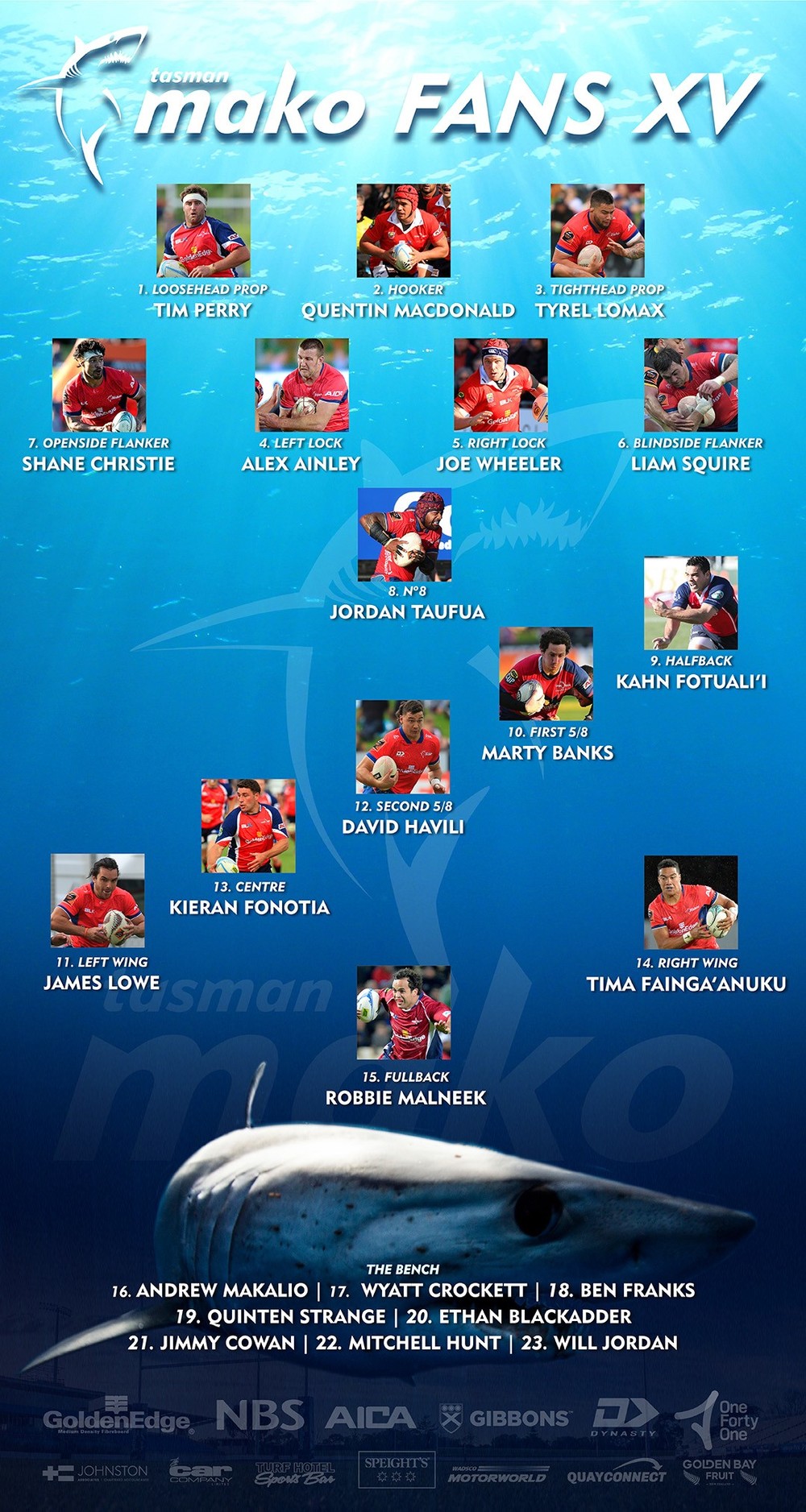 A plethora of Mako legends were in the mix for selection but didn’t make the cut including Kade Poki, Chris Jack, James Marshall and Lucky Mulipola

Another difficult choice came at loose head prop with Tim Perry eking out a win over Wyatt Crockett, Kane Hames and Siosiua Halanukonuka.

Commercial and marketing manager Les Edwards says it is an impressive lineup.

“It’s a demonstration that over 14 seasons some outstanding rugby players have played for the Mako.”

He says some quality players from the current crop were unlucky to make the starting 15 with the likes of Alex Nankivell, Finlay Christie, Pari Pari Parkinson, Andrew Makalio and Will Jordan.

“These guys will be superstars in the future, and it will be interesting to see if in next five years if these players are top of mind.”

Les says he has been missing rugby and is excited it’s on the radar again.

“Obviously Tasman Rugby are very pleased we will get club rugby in June, age grade in July, Farah Palmer Cup in August and the Mitre 10 Cup 10 in September.”