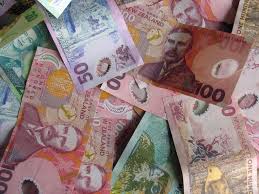 The Nelson region has seen requests for benefit payments skyrocket over the Covid-19 lockdown period with an almost 500 percent increase on the same time last year.

The jump in “Job Seeker – Work Ready” grants represents the biggest of its kind in the country.

This time last year only 267 people claimed assistance, however, during the lockdown period 1586 claimed it – an increase of 496 percent.

The new report from the Ministry of Social Development shows that Top of the South workers, who have never had to claim any assistance before, made up the highest proportion of those receiving a benefit during lockdown.

These were more likely to be first time beneficiaries, higher earners, recently returned from overseas, and Pakeha.

“These changes may reflect that this downturn is impacting a broader group of people than usual, with a greater cross section of society impacted,” the report

“Nelson and Southern regions have historically had strong labour markets with relatively low benefit numbers. These are also regions that have significant tourism sectors,” the report says.

Reasons recorded for the grants was especially pronounced for those returning to New Zealand but job loss was the main reason recorded in 45 per cent of grants.

The payment supports those who are currently unemployed but seeking work or working part time but looking for more work.

Ministry of Social Development figures show almost 6 per cent per cent of the Top of the South’s working population; those aged between 18 and 64, received a jobseeker support payment in April, an increase of 33.5 per cent compared to February.

Labour candidate Rachel Boyack says the economic situation is going to be tough globally for many months.

“The feedback I’ve had to date is that tourism and hospitality have been most affected. I am confident that the Nelson economy can survive this. We have talented people who can respond to difficulties and challenges in innovative ways.”

Nelson MP Nick Smith says the numbers show the scale of economic damage in Nelson and are consistent with the reports to him from dozens of businesses and hundreds of distressed families.

“This is a jobs crisis and more needs to be done by Government to save as many jobs as possible.”

Rachel says she encourages Nelson locals to shop and buy local, so that we can support our economy to recover and rebuild.

Photo Gallery: Jazz in the Park