‘I used to,’ is a phrase all too commonly said by new mothers.

With children becoming the centre of their world, sports can often be cast aside but two Nelson women want to change that.

Hockey players Donna Maclennan and Nic Brydon say their Waimai United women’s team is on life support and they are calling on local ladies to revive it.

Donna has played many years representing Nelson “I’ve got three boys and life is all about them but now they are a bit older, it is really nice for them to see me go off and do something for myself.”

The Waimai United division one women’s captain says there are so many things she used to do with work, friends and sport but didn’t want hockey to fall in that category.

“It’s nice to grab back something, I didn’t want this to become something I used to do, it’s too easy to do that.”

Donna says the fear for a lot of people coming back is how quickly the game can change.

“It’s scary for anyone going back to a sport after having time off it, you feel like you’ve been left behind.”

However, she says Waimai welcomes all skill levels.

“We want to nurture that – Developing players young is the key”

Nic Brydon, will be the Premier 1s player/coach after retiring 8 years ago to have children; she says the commitments needed by players will be kept manageable.

“You can still play top level hockey and have a family, we will support that lifestyle balance and we won’t expect people coming to two trainings a week.”

Nic is a former National Hockey League rep for Capital and spent a number of years playing in Perth’s top club league. Brydon also secured a semi-professional contract in Frankfurt, Germany in 2010 where she then went on to develop a sports mentoring programme to mentor players mental strength to improve their performance in 2012.

She hopes to use her expertise to breathe new life into the club.

“Waimai United have typically struggled for numbers in the women 1’s side, come play with us and we will offer on and off the field support to develop players performance potential.” 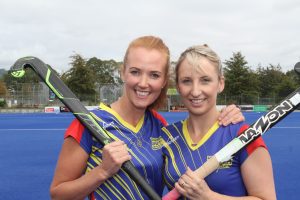 The working mother of two says they will look to create a culture with more of a focus on developing pathways for up and coming players through goal setting and mental preparation.

“It’s going to be fun and it’s going to be a journey, we are not necessarily going to win every game but if we can shut down the tops teams from scoring too many goals that would be a good start this year.”

She says it is an exciting time to be part of the club but they need to recruit to survive.

“We need numbers, it doesn’t matter if you’re top end or playing for the first time we will find a spot for you.”