Angela and Ben Stark got married in January but perhaps the biggest test to their relationship was when the power dynamic on the touch field switched.

In the past, Angela had always been coach or captain however, after moving to Nelson Ben was named skipper of the Nelson mixed side.

“It has taken a bit of getting used to because I have always had the power over him.”

Ben says they generally keep things civil on the pitch.

“We have the odd differing view on things, but we always kiss and make up,”… “once Ben remembers his place,” jokes Angela.

They say their experience together on and off the touch field gives them an advantage.

“I was the coach at the mixed club, Ben moved with his cricket bag, fell in love with me and decided to play touch instead.”

The husband and wife were an integral part of the Nelson Mixed Open side which recently had its best ever finish at nationals earlier this month.

Traditionally one of the ‘minnows,’ Nelson would go all the way to the final losing only to powerhouses Auckland 15-9.

“To get all the way to the big dance was a bit unexpected and a bit of a Cinderella story,” says Ben. 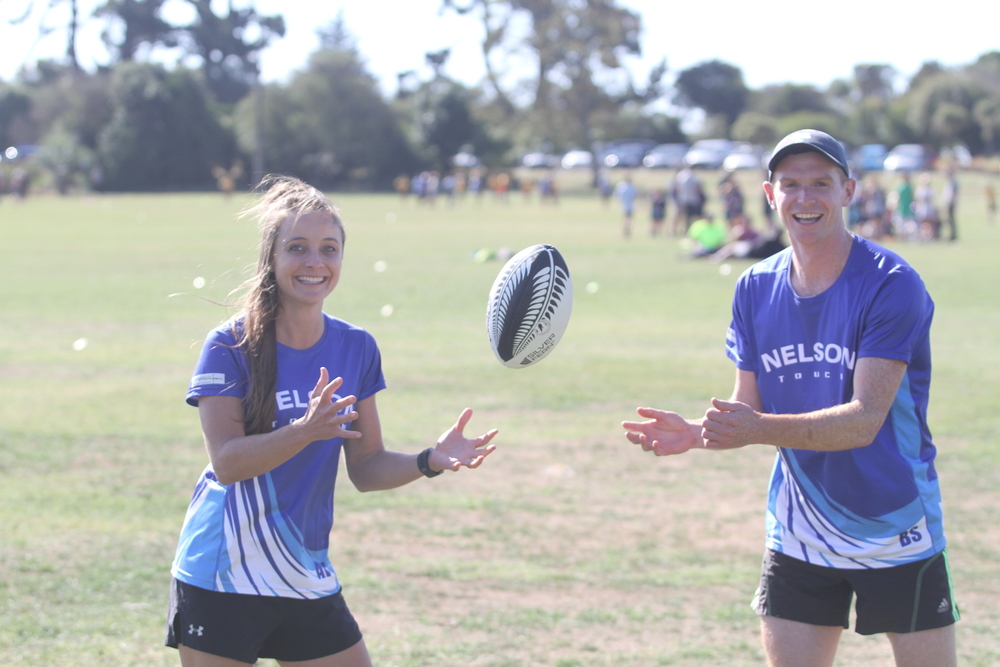 Nelson had never previously reached the play-offs in more than 20 years of trying.

To make the feat even more impressive, Nelson lost a number of players to injury and unavailability including its three rugby stars Matt Soper, Connor Higgins and Joey Scott.

“It put the campaign in doubt but we had some other guys step up.”

Wayne says it was by far the best achievement for Nelson touch team.

“We have been close at times, finishing seventh last year but this was something special.”

He says the side didn’t have a good build up and everything was against them.

“We had a couple players pull out and were lucky to have one training with whole team, it was a bit disjointed.”

Wayne also enlisted the services of his three sons for the tournament which at one stage saw all four of the Anderson’s on the pitch at the same time.

With the season officially wrapped up Ben, Angela and Wayne say it was the perfect way to cap the year and they will be back in 2021 to hopefully go one better.

Anyone wanting to play touch can go to https://www.facebook.com/officalnelsonbaystouch/