Freya High and Neve Kortegast will make history in Texas later this year when they become the youngest pair to enter the coveted Koch Cup.

If the prospect of sailing against competition almost twice as old as them in 30 plus degree heat wasn’t daunting enough, Freya and Neve may also have to contend with alligators while out on the water.

“It will keep us motivated to make the boat go quicker,” Neve jokes.

Freya, 14, and Neve, 13, survived a capsize during the Roger Hawking Cup in Nelson in September to qualify for the prestigious regatta.

The Nelson Iron Duke sea scouts will take on 40 international crews at Galveston Bay in the Lone Star State in July.

“It’s not the first place you think of for sailing,” says Freya.

Freya is currently in her sixth season of sailing while Neve is in her fourth, and the pair will carry a strong reputation into the regatta with Picton crew Nicholas Gardiner and Nicholas Williams winning it in 2017.

The girls sought advice from the Marlborough crew to better understand what awaits them in America.

“It’s a bit daunting but it’s going to be a really good experience,” says Neve.

The Nelson College for Girls students say they will aim to finish in the top half.

“We are just taking it as it comes,” Freya says.

The biennial regatta was originally founded in the 1930s but was ended during World War II and was not resurrected until 2002.

Sailors compete for a trophy which is a replica of the America’s Cup and was even made by the same silversmith.

Before they get their chance to lift it however, the girls face another challenge in the form of fundraising for the trip.

They need to raise $13,000 between them before July and have been doing Sunday markets, car washes, raffles and have a harbour cruise for 30 people in March. 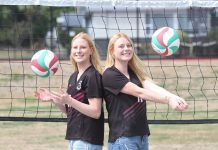 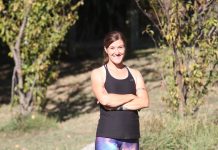 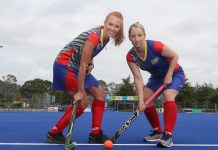