Nelson College enjoyed a superb run in 2019, winning both Quad and the UC Championship, finishing as the fourth best 1st XV in the country. In light of its historic season, we asked three of the school’s rugby legends to name the greatest 1st XV players in the modern era.

Peter Grigg needs little introduction in Nelson rugby circles. A stalwart at Nelson College, the man has been involved with the 1st XV since 1996.

Next is former New Zealand U19 rep and current community rugby manager for the Tasman Union Kahu Marfell.

Our final selector is none other than Mako coach Andrew Goodman, another former student who led Tasman to its maiden Mitre 10 Cup premiership this year.

Without further ado, here is the greatest Nelson College 1st XV of the modern era: 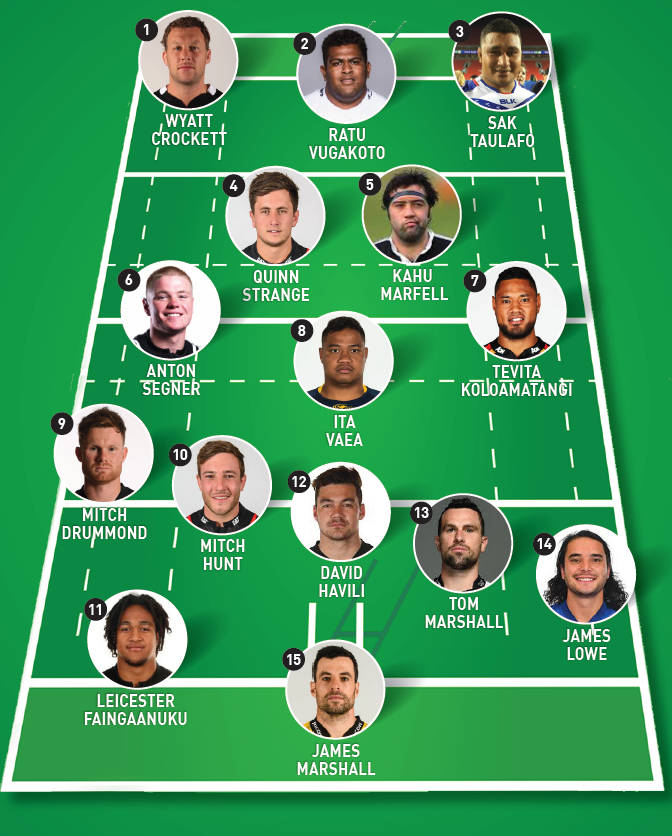 Our panel justifies its selections:

“In selecting this team the first thing we decided was that it must be a team of those who attended school after 1996, which was when professional rugby begun (and when we all also begun at Nelson College). While there are undoubtedly numerous contenders for the team who were at Nelson College before this time – we had no real knowledge of their abilities. Nelson College have produced 18 All Blacks – but, at this stage, only three in the professional era and were therefore considered here.

Likewise, to place more constraints on our selections we decided that the players must have actually represented the College in the 1st XV. This meant we discarded Nelson College Old Boys: Ben May (NZ Maori), Ethan Blackadder (Crusaders), Mark Bright (England 7’s), Tabai Matson (All Black) and Jared Payne (Ireland, British Lions).

Next, we removed former Kiwi captain Simon Mannering from contention as he did not go on and have a professional rugby career.

Probably the biggest and most contentious part of the debate revolved around were we picking the best players, while they represented the school, or those who went on and had a stellar professional career? To be fair we ended up putting a greater emphasis on their achievements post school. While the likes of mercurial first five eighth James Lash, powerhouse number eight Trevor Coleman and effervescent outside back Robbie Malneek were all truly dominant at College level none really boxed on into the professional era.

As a result of our own rules the first four players pretty much picked themselves. We are especially blessed at prop with others such as Sam Prattley (Blues and Sunwolves) and Isaac Salmon (Blues) missing selection. Hooker Ratu Vugakoto (Fiji) was the only Old Boy playing at the recently completed World Cup. Second lock and loose forwards caused quite some consternation. Kahu Marfell and Sione Vatuvei (Japan) were both very serious contenders, with Kahu being overruled by the panel to gain selection.

This year’s skipper Anton Segner was selected by dint of his potential. We picked him slightly out of position at blindside flanker, but we all agreed that his two years in the New Zealand Schools team and his professional attitude ensured that he was an automatic selection.

In the backs we ended up doing a little juggling around to ensure we had all the best players in the final fifteen. The Marshall brothers and James Lowe have largely plied their trade in Europe. I would suggest that all three may have graced All Black jerseys if they had stayed in New Zealand as all are precocious talents. In Leicester Faingaanuku and Mitch Hunt we have a couple of All Blacks in waiting.

This is an exciting backline and would be well sparked by the 2019 Crusaders inside back combination. Other players such as Fletcher Smith (Chiefs), Lucky Mulipola (Manu Samoa and Highlanders), Mitchell Scott (Western Force, NZ Under 20) and Tima Faingaanuku (Crusaders, New Zealand Under 20) were undoubtedly unfortunate but there were only seven berths available.

While All Blacks such as Trevor Morris and Nev MacEwan may feel somewhat disgruntled at their omissions I must stress that selecting a team such as this is an art, not a science. There are numerous players with outstanding credentials and this selection is a very subjective exercise. We apologise to anybody we offended with non-selection but are willing to discuss them over appropriate refreshments.”

Chelsea to shoot for NZ