Lote Saulekaleka’s journey to becoming a Tasman Trophy champion began almost 3000km away in a small village in Fiji.

He was at the top of schoolboy rugby in the island nation – earmarked as the next captain of the prestigious Queen Victoria (QV) first XV. But he walked away from that after being offered a scholarship at a school less known for its rugby prowess.

Lote had always dreamed of playing in New Zealand and he knew sacrifices had to be made if he was to distinguish himself in the Fijian rugby factory. So, in 2013, as a teenager, he left his highly successful Fijian side to join a struggling Nayland College.

“It was a different feel, we didn’t really lose at QV,” Lote says. “We were really dominant and at Nayland, if we conceded 50 points it was a good day.”

Queen Victoria would go on to win the Fijian national championship that season, while Nayland did not win a game.

But, looking back on that fateful decision, the 25-year-old has no regrets.

“It taught me a lot about the game, it’s more than a game, I wouldn’t have learnt that back in Fiji.”

He says the consistent losses while playing for Nayland College was character building.

“Having to endure those defeats certainly made me stronger.”

After leaving school, Lote joined the Marist club where he would go through another six seasons of heartbreak.

The coveted Tasman Trophy has eluded Marist since its inception, but the green machine finally ended its title drought earlier this month.

After previously going down in its previous two finals appearances, Marist were made to earn their inaugural crown after 100 minutes of thrilling rugby at Trafalgar Park on June 8 for a 32- 29 extra-time win over Waimea Old Boys.

Not forgetting those who helped him on his journey, Lote says it was the people behind the scenes he dedicated the win to.

“To all the supporters, sponsors and family, to see them rewarded was the best thing I took out of it.”

Lote says the side’s sponsors have a special place in his heart.

“The Waka and Night n’ Day both helped me establish myself here in Nelson, helped pay for my visa and to study at NMIT. I’ve never forgotten, and I told them after the game ‘this is for you’.”

Lote began playing rugby officially when he was just six, but with two older brothers remembers running around with them much earlier.

“Dad coached the community team, so there was always a rugby ball around.”

Showing plenty of talent as a youngster, Lote was invited to attend Queen Victoria, which has produced a number of rugby stars including Joeli Vidiri, Henry Speight and Bill Cavubati.

After captaining the U14- 17s, the phone call came offering a scholarship to Nayland.

“I had the option to play for the biggest trophy in Fiji, but I had to take a gamble.”

That gamble did not pay off, initially.

Lote sustained the head injury in pre-season last year, ruling him out for the entire sub-union competition and majority of the Tasman Trophy.

“The depression kicked in big time,” he says. “I wasn’t sure what would happen with work, rugby and my visa.”

Lote is no stranger to suicide, having lost a close friend to it and almost his older brother.

“I’ve been on both sides of the coin.”

He says he hit rock bottom and knew he needed help.

“I had to talk to my family about it and they pulled me out.”

Now in a much healthier mindset, Lote dreams of bringing his family to join him in New Zealand.

“That’s the ultimate goal, as soon as I get my residency, flying my parents here will be first thing I’ll do.”

As well as family, Lote also credits his church for bringing him out of the darkness.

A devout member of Destiny Church, Lote wears his commitment on his finger in the form of an abstinence ring, swearing off drugs, alcohol and pre-marital sex.

He hopes to take the lessons from his life to help others.

“I am passionate about helping the youth, whether it’s on or off the field.”

The diesel mechanic says, while he still has Mako aspirations, he is content to help blood the next generation of rugby players at Marist.

“I think I still have a lot to give, we have a young team with plenty of future Mako, I just love turning up and giving back to the club. I guess if it happens, it happens.” 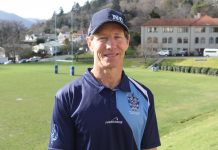 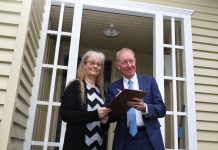 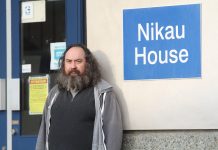