Annette Milligan and Sharyn Finnie have a commuted total of almost 10,000km between them – all on e-bikes.

Now they say it’s the part of the future for a connected Nelson. Annette, a director of a medical clinic, lives in Toi Toi and Sharyn, the clinic’s receptionist, lives in Richmond.

“When I saw Annette’s I got jealous,” says Sharyn. “So I had to have one.”

She bikes most mornings from Richmond, which takes her about 25 minutes. In 18 months she has cycled about 6300km.

“Going home the traffic’s backed up and I just fly past them all. It’s great.”

Annette, who was once a competitive cyclist, says her cycling has increased seven-fold since buying her bike three years ago. Now about 75 per cent of her commute days are on bike. In three years she has cycled 3700km.

She says it is faster to take the bike as all the parking issues disappear. “And hills just disappear, sometimes I go slower to get more exercise, but I can go on full power and zip along at 26kmh.”

They both say e-bikes belong on cycle paths but acknowledge that they give way to everything.

“Cycleways are for everybody, there are kids and dogs and you just need to be switched on.”

They say the best thing is there is “no need for lycra” and you don’t work up a sweat even if you get a puff on.

Sharyn says the climate in the region is perfect for this kind of commuting and she has seen a definite increase in the number of them around.

“But if you look at the petrol I would have saved doing 6000km.”

Annette says that not using her car has likely added some lifespan to it too and she has been able to on-sell two car parks at her work.

But most importantly, she says it’s social and great for community.

“On the way home there are so may kids and families cycling, and I say hello to them all. It’s wonderful, really.” 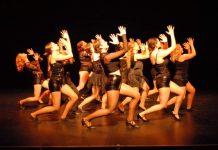 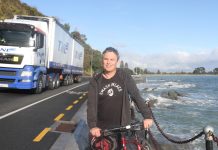 The ‘Big Give’ for Christmas