They came, they latched and they celebrated breastfeeding.

More than twenty mums and their children, aged from six weeks to nearly four-years-old, filled the Victory Community Centre on Friday for the Big Latch On.

Nelson mum Tessa Quayle and her 15-month-old daughter Nika came along to Friday’s event to support breastfeeding and “be amongst like-minded people”.

She admits it’s not always easy for some mums. “At the start it’s always a bit tricky, but luckily for me it’s been pretty smooth sailing.”

Encouraging words from organisers, such as “go for it” and “give baby some kai”, were echoed around the room, while mums were handed hot drinks, morning tea and spot prizes from Plunket.

Debra Hardcastle, a lactation consultant from Nelson Bays Primary Health says she was thrilled with the turnout.

“It’s nice for mums to have that physical contact, rather than just social media.”

She says they had “relaxed” the rules this year to include mums with the intention of breastfeeding and those who were unable to breastfeed but had expressed milk for their child.

The initiative aims to help raise the rate of exclusive breastfeeding for mothers leaving the hospitals around New Zealand and is now a Ministry of Health requirement in all maternity units.

Currently, Nelson Hospital has an exclusive breastfeeding rate of discharge from the unit at around 82 per cent, and Debbie Fisher, Nelson Marlborough Health Associate Director of Midwifery, says that number continues to increase.

“Once women leave the maternity unit they are also well supported by a number of breastfeeding-friendly organisations such as Plunket, Te Piki Oranga and the community breastfeeding groups, which support, promote and protect breastfeeding in Nelson.” 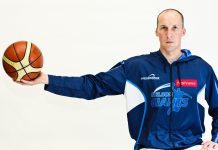