Sinful Coffee staff member and keen baker Sarah Clark’s fund-raiser for the Anzac Poppy Day appeal was so successful that she is already planning to do a bigger “mass production” version next year.

Sarah baked around 80 Anzac biscuits and sold 20 packets of the beautifully-wrapped cookies at Sinful Coffee as a fund-raiser for the Poppy Day appeal. She thought she’d “easily baked enough to last the three days” leading up to Anzac Day, but they sold out so quickly she had to bake enough for another 30 bags to meet the demand.

“We always do lots of fund-raising things at Sinful so, when the RSA people came in here on Poppy Day, I asked if they wanted me to bake some Anzac biscuits for the appeal,” Sarah says. “I hadn’t thought about doing it until the RSA guys came in and I thought I can do something to help, so I baked the biscuits and we sold them at the front counter.

“I thought I’d easily made enough but they sold out on the first day, so I had to make more. I’d never made Anzac biscuits in my life but everyone loved them.

“We also got lots of compliments about the work we were doing to raise funds for Anzac Day – I didn’t expect it to be so popular.”

Richmond-Waimea RSA treasurer Stuart Mirfin says Sarah and Sinful did a wonderful job providing all the ingredients for free and then baking and selling the biscuits. He says Sarah raised over $200 for their appeal, helping them reach a total of over $14,000, which is “about the same as last year”.

Stuart says all the funds raised by the Richmond-Waimea RSA stay in the region and are used to pay for medical and dental bills of ex-servicemen and women. The RSA also puts on a function for members who are over 90.

“They’re the ones who served in Korea and World War II so there are only about a dozen left now.’’

Although Sarah and many other people made generous donations to the Poppy Day appeal, Stuart says not everyone was so giving.

“I went into one office down on Queen St and not one of the people in the whole office gave anything. It was pretty disappointing.”

Sarah has already had orders for her Poppy Day Anzac biscuits for next year and says she “may have to do baking for a whole week instead of doing a last minute thing”. 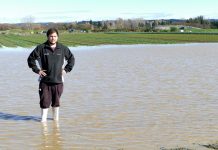 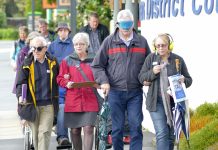 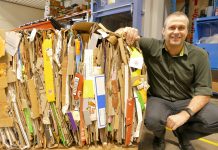