A familiar surname popped up at Crusaders training last week with Nelson back rower Ethan Blackadder providing some injury cover at training.

The 22-year-old trained with the team his father Todd made 71 appearances for and coached between 2009 and 2016.

Ethan says he had calls from Tasman Rugby Union chief executive Tony Lewis and Crusaders coach Scott Robertson asking if he could fill a void at training as the team prepared to play the Stormers on Saturday night.

“I got the call saying they were light on back rowers with a couple of injuries and Whetu Douglas going to Italy.”

Ethan is in his fourth season in the Nelson senior A team and believes the experience will be hugely beneficial.

“It’s amazing the little things you pick up from guys with that level of experience.

“They had me doing everything from field sessions, to gym work, to analysis.”

Ethan returned in time to play for Nelson in an away match against Renwick on Saturday afternoon.

He says being involved in a franchise where his father had made a big impact was part of the deal.

“It’s something I try not to think about too much,” he says. “I know I’m there on my own merits and that’s how I want it to be.

“Everyone made me feel welcome, but at the end of the day you’re there to do a job.”

Ethan is eager to push his Tasman Makos credentials this year, having been named in the early squad after being injury cover in 2016.”I want to make sure I’m a consistent player who can self analyse the bits I need to work on and then I’ll look to be part of that setup.”

“I want to make sure I’m a consistent player who can self-analyse the bits I need to work on and then I’ll look to be part of that setup.” 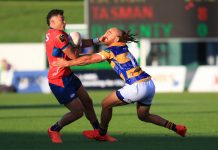 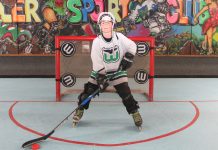 Max in line for stellar career 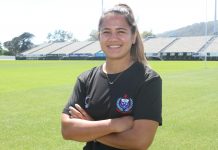 Michelle makes her mark with Manusina