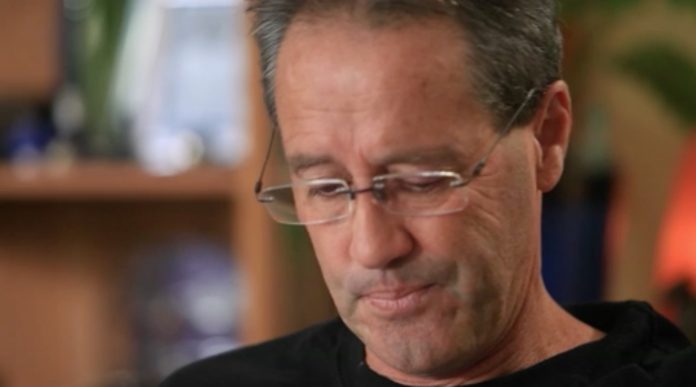 A woman convicted of stealing $28,000 from her lover after concocting an elaborate scam involving multiple made-up people says her only regret is meeting her victim.

Stacey Anne Webb was sentenced to 240 hours of community service when she appeared before Nelson District Court this week.

Webb, 26, defrauded businessman Brendan Santorini after duping him into giving her his credit card PIN number.

Her plot, which involved lying about being gang raped and terminally ill, saw police collect a 227-page book of text messages and 49 pages of emails purportedly written by the fake individuals.

But in a fresh twist, it’s emerged that police investigated only after Santorini complained to the Independent Police Conduct Authority.

“It took me ages to convince the police to believe me – they said it was a civil matter,” said Santorini, 56. “They also told me they had lots of child abuse cases to deal with.”

Determined to get justice, Santorini and a friend turned detective, spending hours gathering evidence. The file sat with police for two years before he contacted the IPCA.

“I think the police could’ve done more sooner. When I got more proof – that’s when they did something.”

Detective Senior Sergeant Wayne McCoy said this week that fraud was important to the police but “low on the priority scale”.

Santorini said Webb had never apologised or repaid the money but sent him one final text.

“I neva wuda spent any muny if i knew dis was gna happen! I wish every day dat I cud turn bck da clock bt I cnt so I owe u every cent I hate that dis has hapend and it breaks my heart every time I luk at u knwn wat u have dun 4 me. I wil neva stop lovn u no mata wat and I want 2 make this rite again. (sic)”

Webb told the Herald on Sunday that everything said in court was “bulls***”. Asked for her version of events, she said “things would get manipulated”.

And asked whether she had any regrets, she replied: “Meeting (Santorini).”

Santorini struck up a friendship with Webb in 2009 when he was a handyman and she was a support worker for the disabled at the local district health board.

He said Webb was having difficulty finding accommodation so offered her a room. Soon after, the pair became intimately involved.

The solo father said: “Like most narcissists, she was charming to begin with and easy to get along with.”

Police have no record of the incident.

Webb said she had internal infections as a result of the attack and was terminally ill with three months to live.

Santorini said Webb invented her doctor ‘Michelle’ and friend ‘Ashley’, who she said had also been raped by the gang. Other fake identities included her uncle Tony, the lawyer, working with a detective called David.

He gave her the PIN number for his credit card four months into their relationship, offering it after being told Tony would be a guarantor.

One text from Tony said: “Look don’t worry about the age gap, she loves you to bits, She hasn’t got long to live, but this will make the rest of her life as good as it can be.”

Between February and September 2010, Webb spent $28,000 on Santorini’s card – at least $15,000 of it on herself. The following March, Santorini became suspicious and confronted Webb.

“We had a few clashes and I had a gutsful of the lies. It was all bulls*** – it was too unbelievable that everyone was sick or too busy to meet,” he said bitterly.

“For her to cry rape, then try to get money from it … is disgusting. It’s the lowest of the low.”

He ended their relationship, changed the locks and went to the police.

Santorini said Webb was a “manipulative, pathological liar” and her sentence was a “joke”.

“The only thing that was ever true is her name and date of birth. But now her reputation has been destroyed. She is full of lies and makes Donald Trump look honest.

“The judge said it was an elaborate scam – whether I was 90 or 13, as long as I had a generous heart and money she was there. She is very good, very good at what she did.”

May 21, 2014: File assigned to Detective Young, who investigated

– Story by Carolyne Meng-Yee/Herald on Sunday

Bill Dahlberg to run for mayor