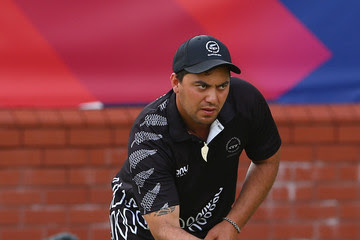 The Stoke bowler beat Canada’s Ryan Bester 21-17 after claiming 11 shots over three ends to swing the match in his favour.

Earlier Nelson’s Jo Edwards had to settle for silver with Angela Boyd in the women’s pairs.

The Kiwi duo lost 16-15 to Wales with Angela especially struggling for consistentcy in the lead spot.

New Zealand trailed throughout the match but did hold two on the last end before having that cut to one, leaving them a shot adrift.

Nelson’s Ali Forsyth skipped the men’s fours to gold yesterday after a commanding win over Australia.