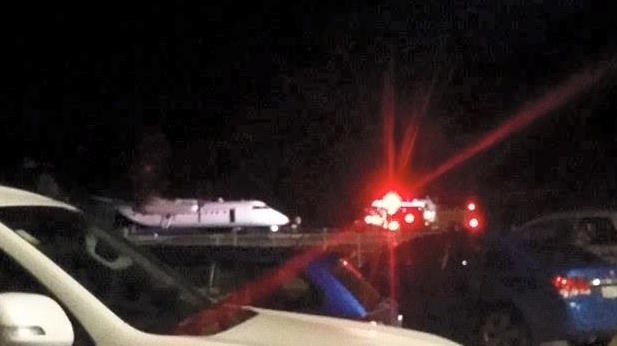 Passengers and crew walked away safely from an Air New Zealand plane, after an emergency at Nelson Airport last night.

Air New Zealand says flight NZ8159 from Wellington to Nelson was taxiing to the gate when the crew noticed a haze in the cabin.

The 26 passengers and three crew were evacuated as a precaution.

The Fire Service says it received reports of smoke in both the cabin and the cockpit, prompting an emergency services call out at 8pm.

Nelson Airport chief Robert Evans says it doesn’t appear anyone’s been injured, but emergency services have been checking people over.

Air New Zealand says initial indications are that it was due to a hydraulics leak.