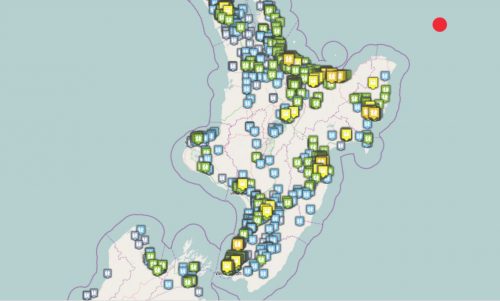 North Islanders weren’t the only ones who’ve felt the shakes this morning.

The 7.1 magnitude earthquake at 4.37am located 125 km north-east of Te Araroa was felt across the country from Kerikeri to Christchurch.

Reports of the earthquake and sever aftershocks that followed have flooded in from the Top of the South.

In the region, 68 people reported feeling the 4.37am quake to Geonet with five reporting the quake as moderate, 51 saying it was light and 12 reporting it as weak.

The initial quake lasted almost one minute and has been followed by around 100 aftershocks including eight strong aftershocks with magnitudes ranging between 4.3 and 6.2.

The tsunami warning on the East Coast has been lifted but several East Coast schools remain closed.