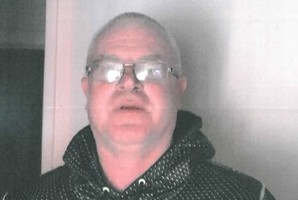 The rapist on the run was caught by police tonight in Nelson.

Nigel Gately was arrested for breaching his parole conditions and is now in custody.

Police would like to thank the public for their help in locating him.

As the matter is now before the courts, police are unable to comment further

Gately, 48, is understood to have removed his electronic monitoring bracelet and fled the St Albans, Christchurch, address where he was being monitored.

Gately was last known to be in Kaikoura.

Detective Sergeant Chris Power said Gately, who has convictions for rape, assault with intent to commit rape and abduction for sex, was regarded as a “high risk offender”.

Gately was serving a sentence of preventive detention for serious sexual offending committed in 2000.

According to a parole board decision earlier this year, one of the offences was committed within three months of his release after serving the mandatory two-thirds of a sentence of his eight years imposed for rape in 1994.

After graduation from the Adult Sex Offender Treatment Programme and obtaining release to work, Gately was released in May last year, with standard conditions imposed.