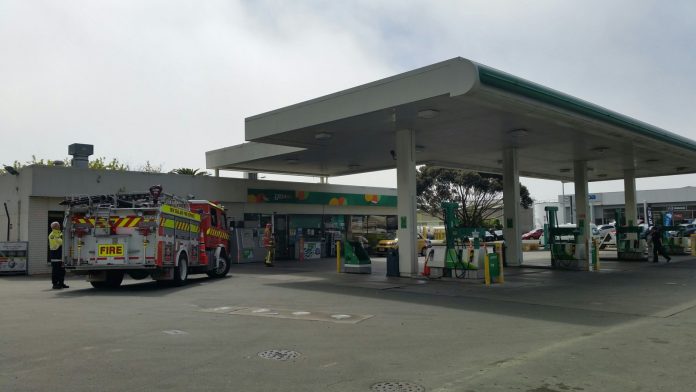 The Haven Road BP was shut down following smoke coming out of one of the back offices.

Staff evacuated and shut the petrol station down along with the forecourt and the nearby Nelson Kia for about 10 minutes as the fire brigade responded to the fire.

Two fire trucks turned up to fight a blaze but the incident was all smoke and no flames.

Employee Stacey Schroder says that a lightbulb in the office burnt out and caused all the lights at that end of the shop to blow.

“There was a lot of smoke but everything is under control, and we’re getting the light bulbs replaced as we speak,” says Stacey.

Dog fighting hoax back in Nelson

Council to pay for underpass