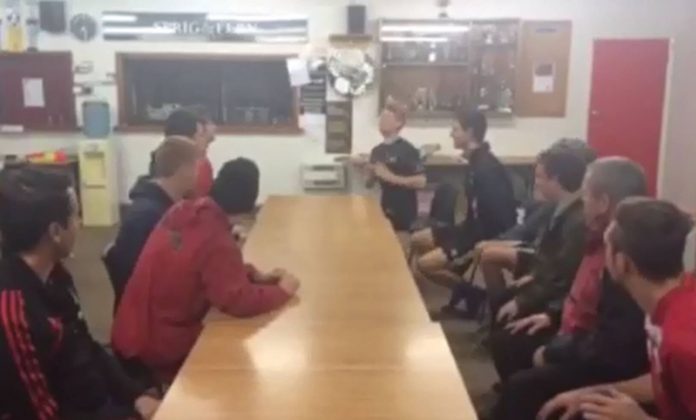 Members of the Richmond Athletic first division football team have taken their skills off the pitch and into the clubrooms.

A video shot this week shows members of the team seated at a long table and heading the ball to each other until the final header is directed at a rubbish bin.

The “header ball into bin challenge” has been done by various teams around the world.

Richmond assistant coach Steve Clark says the video was shot last night at training. “It was a bit cold outside so we had a whiteboard session and of course a ball came out so we thought we’d give it a go, because we’d seen other teams do it on the internet.”

Steve admits to a “couple of warm ups” first. “I’ll tell ya what it was. We stopped, had a bit of pizza, and then nailed it.”