Nelson Tasman Civil Defence and Emergency Management is encouraging everyone in the region to get involved in New Zealand ShakeOut 2015, a campaign to help improve earthquake preparedness.

The campaign leads up to a national earthquake drill at 9.15am on 15 October 2015 where New Zealanders are encouraged to ‘drop, cover and hold’.

“It’s about learning how to get through, which is hugely relevant for a country prone to earthquakes. Taking part in the drill to drop, cover and hold in October is about taking responsibility and improving preparedness, because it could save your life,” says Nelson Tasman Emergency Management Manager, Roger Ball.

There are a number of initiatives being run by Nelson Tasman Civil Defence over the next three months, to encourage everyone to get involved.

“We are hoping to encourage as many people as possible to take part, from individuals and families to schools, community groups, shops and businesses.

“Last time schools led the way during the drill, with over half a million students and teachers taking part across the country.

“You can sign up your family, team or organisation on the ShakeOut website to be part of the campaign, and get a range of information and resources to use before, during and after the drill.”

The last time New Zealand ShakeOut was held was in 2012, with 1.3 million people signing up to take part, which was the largest participation rate of any ShakeOut, anywhere.

This year, the aim is to increase that to at least 1.5 million people, which should also make ours the biggest (per capita) ShakeOut drill in the world, and in the Nelson-Tasman region we are aiming for over 23,000.

“It would be great if we could once again show that we are leading the way in earthquake drills and helping to improve our preparedness as a country,” says Mr Ball. 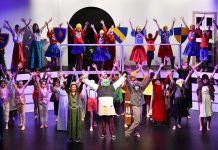 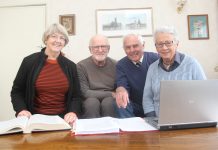