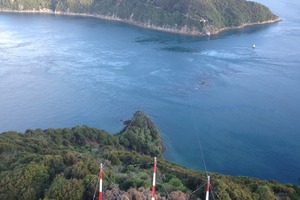 A man’s body has been recovered from the wreckage of a helicopter crash in the Marlborough Sounds.

Nelson Live reported the crash last night and a police dive squad pulled the man’s body out of the ocean, shortly after midday today.

The body is being taken to Nelson for identification.

Police say it is believed the man was the only person in a helicopter which crashed into the sea in French Pass.