It may have been just a practice, but with real-life scenarios, smoke and all, our emergency response teams proved they were up for the real deal, should it occur.

Last Sunday saw a marine search and rescue exercise undertaken at Port Nelson, organised by the Nelson Police, although combining the helping hands from a number of emergency response organisations.

“We have a marine search and rescue exercise every year, but this is the first time we’ve really tried to incorporate all the other services into it,” says sergeant Malcolm York.

“It’s good to exercise our water based response and also our management team, the people who are going to decide where they go and what they do, especially in today’s scenario. It’s a good opportunity to exercise that inter-agency liaison; so how fire and ambulance and coastguard and police and everyone work together. We have all learnt great lessons to take into this incident if it happens for real tomorrow.”

More than 70 people were involved in the practice including police, fire service, ambulance, coastguard, surf rescue and volunteers.

Scenario one involved a missing paddle boarder and children in a kayak, which got boats out on the water practicing search techniques, and soon escalated to a fire on the wharf, caused by a petrol tanker refilling a Port Nelson tug boat. The fire excluded any assistance from the wharf and meant all of the response had to come from the water. Sea Cadets from the T.S Talisman bravely jumped into the water simulating crew in trouble and a crew member still on board required the services of a St John paramedic.

“We were really stoked with how it went, we have learnt some lessons which we will apply, but I think generally everyone was really stoked, and if that had happened today, we would have had a really good result from it,” says Malcolm. 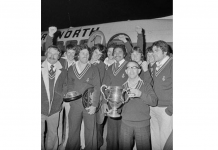