Home Sports Getting ready for the Crusaders He says it with a lot of passion but the mission appears simple for George Sturgeon: “We’re turning a little wee old bare ground with one grandstand into a stadium.”

George, the chairman of Good Sports Motueka, was leading a team of 30 volunteers on Sunday who have been tasked with getting Sports Park Motueka up to standard to host the Crusaders and the Highlanders for a pre-season Super Rugby game on February 7 at 5:30pm.

A few weeks ago the rugby ground looked better than your average club field but certainly nothing like AMI Stadium in Christchurch. Looking ahead, it will be the become the brief home battlefield for international rugby stars like Richie McCaw, Kieran Read, Sam Whitelock, Israel Dagg and Motueka’s own Owen Franks, with an expected 10,000 rugby fans walking through the gates ahead of the biggest game to be played in the town since the Crusaders last made the trip in 2010. “This is going to take us three Sundays of five hours and that’s just getting this grandstand up. The rest will take an extra day or two,” explains the man whose dream is to see the Crusaders play a regular season game in Motueka before he dies. “She’ll be huge, we just need to sell more tickets.”

Nelson Bays outbid Marlborough to score the summer clash and George, a former Nelson Bays coach, says the hosting rights are huge for Motueka who will use “a fee” from the game to help develop Sports Park Motueka.

George has many success stories from the last visits the Crusaders had. In 2008 the Robbie Deans-coached Crusaders took on the Hurricanes. He says when Robbie first visited the ground it looked like the Sahara Desert, but the moment the team walked off the bus the most successful coach in Super Rugby history was quick to shake George’s hand and thank him for the effort put in to turn it into a luscious rugby paddock.

This year, in typical Nelson fashion the pre-purchasing of tickets has been “slow”, but George is encouraging people to snap them up early to avoid missing out. “That’s Nelson, they never buy anything until last minute. Our message is you need to go out and get them. We’re going to have a beautiful day, drink some beer and watch some rugby.”

In 2008, 8000 people showed up to watch the Crusaders take on the Hurricanes, with 10,000 people in attendance two years later when the Blues came to town. But when asked of the actual capacity of Sports Park Motueka, George says “there’s no limit”.

To purchase tickets for the Friday evening match, and for further details, visit www.makos.co.nz. 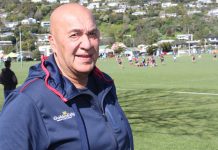 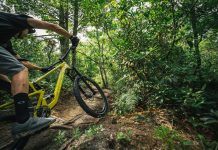 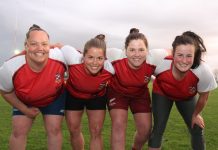