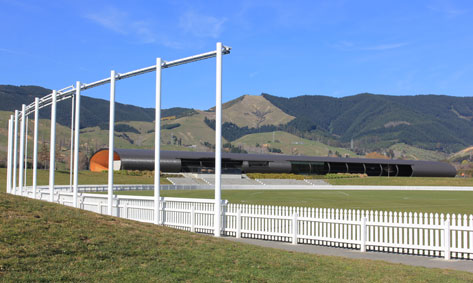 The ICC Cricket World Cup is reported to be one of the world’s largest sporting events with 2.2 billion viewers watching the last world cup on television. In 2015 the tournament will be played in New Zealand and Australia and Nelson’s bid has been confirmed as successful today, with at three pool games to be played at Saxton Oval. The teams to play in Nelson will be West Indies,Zimbabwe,Ireland,Bangladesh and two other nations.

Nelson mayor Aldo Miccio says it is huge news for Nelson and will bring back the hype and excitement the city saw during its hosting of the Rugby World Cup in 2011. “This will be second only to the rugby world cup as far as events that Nelson has hosted. It will be fantastic for our city to be a part of. The Cricket World Cup is huge inEngland,AustraliaandSouth Africa, not to mentionIndiaandSri Lankaand the other Asian countries. It’s their national sport so the cup will attract a huge spectator audience on TV as well as a lot of travelling tourists.”

The council’s cost to prepare the bid is capped at $900,000, including staff time.

Nelson Cricket’s Ed Shuttleworth says the event would be fantastic for our region. “The profile and legacy such a tournament brings would be felt for years to come, with increased awareness, participation and facilities. Every school kid would remember back to 2015 when they watched games at Saxton Oval.”

Nelson kicks off season with big win over Stoke